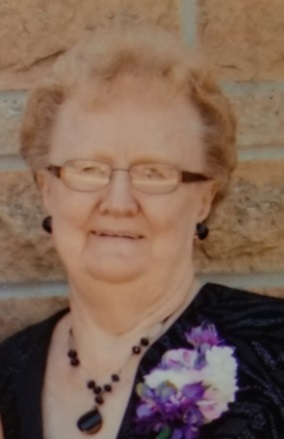 Anne P. Schmidt, age 87 of Le Sueur left the Comfort Residence on April 9, 2020 in Le Sueur and was welcomed into the loving embrace of our lord and savior Jesus Christ.

Anne was born on May 2, 1932 to George and Margaret (Murphy) Luskey on the family farm near St. Thomas in LeSueur County.  She spent her entire life in Le Sueur where she attended school and raised her family. She married Richard Huberty at St. Anne’s Church in Jun of 1954.  She worked at Green Giant while raising their three children. She began a 45 year career waitressing at the Coachlight Supper Club in Le Sueur in 1965.  Anne always enjoyed visiting with her patrons at the Coachlight, eating out with her friends and family, game shows and gardening.  Time with family and friends was most precious to her. She remained active in St Anne's church and always enjoyed watching the softball games at the park by her house and shopping excursions with her closest friends.

She was preceded in death by parents, her husbands, Richard in 1977 and her second husband Ivan Schmidt in 1996. , also siblings Thomas Luskey,  Edward  Luskey and  Georgianna Johnson.

Due to the restrictions with COVID~19 Virus, Memorial Mass at St. Anne’s Church will be later.  Burial will follow at St. Anne’s Cemetery, Le Sueur, MN.

You can still show your support by sending flowers directly to the family
Share a memory
© 2020 Kolden Funeral Services. All Rights Reserved. Funeral Home website by CFS