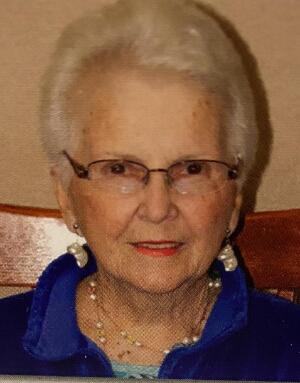 Read more about the life story of Grace and share your memory.

Grace (Foley) Pribyl, age 92, Grace Pribyl of Le Sueur died November 2, 2022.  Born in 1930 to John and Helen Foley,  she was married (1954) to the late George (Judd) Pribyl for 61 years and was the proud and loving mother of four children: Ann Pribyl (Mattson), Patricia Pribyl-Brown, Jeffrey Pribyl and Donald Pribyl (deceased).
Grace, raised in Le Sueur, was a very effective partner in Judd’s pursuit of a 20-year career as an officer of the U.S. Air Force, a career that moved the family to multiple air base postings from Spain to Maine and on both coasts. Upon Judd’s retirement, the family agreed to return to Minnesota, settling in Le Sueur among the children’s many Foley relatives and near to Pribyl relatives in Owatonna, Judd’s hometown.
Grace was a vitally active joiner and volunteer in many civic endeavors, as well as in the activities of St. Anne’s, the church into which she was born, and its elementary school which she attended.  Grace graduated from Le Sueur High School (1948) and continued education at Mankato Commercial College before employment with Federated Mutual in Owatonna for five years.
Grace was an avid walker, swimmer, golfer and team bowler.  She was socially gregarious in many respects, including time spent at the bridge table.  In their post-military middle years, Grace and Judd pursued extensive foreign travel with multiple trips to Europe, Central and South America and Australia/New Zealand, with a number of winter breaks in Hawaii.
She was preceded in death by spouse Judd (2016) and their youngest child, Don (2005), as well as by older sister Yvonne Foley Garvin (2013).  She is survived by children Ann Pribyl Mattson, Patricia Pribyl-Brown (Jim) and Jeffrey Pribyl (Nancy), in addition to daughter-in-law Anna Pribyl (Rick Gunderson) and seven grand-children: Jordan Mattson (Alicia), Jacqueline Mattson, Elizabeth Nims (Erik), Edward Pribyl, Kathryn Pribyl, Charlotte Pribyl, Joseph Pribyl.  She also is survived by three siblings, Janet Foley Johnson, Edward Foley and Gerald Foley.
The family would like to thank the staff of Oak Terrace Senior Living and St. Croix Hospice.  The family especially wishes to acknowledge the devotion, dedication and love given to Grace by Arlene Lemmer.
In lieu of flowers, the family suggests memorials to the Alzheimer’s Association.
Memorial Mass will take place at the Church of St. Anne in Le Sueur on Friday, December 9th with visitation from 12 p.m. until the start of Mass at 2:00 p.m.  Following Mass, a reception featuring light hors d’oeuvres will be held at the Le Sueur Country Club from 3-5 p.m.
Private burial at Fort Snelling will take place at a later date. 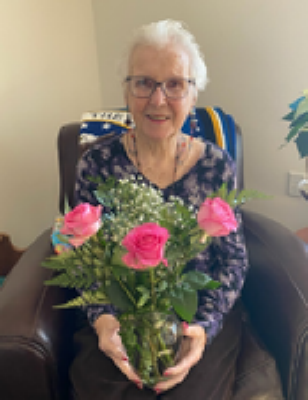