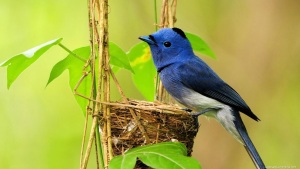 Norma Jean Nuessmeier lived 83 years cherishing family and friends. She was born on August 7, 1938 to Vernon and Bernice (Brenke) Mediger, and passed away peacefully on August 31, 2021. A Celebration of Life will be held on Sunday, September 19, 2021 at Zion United Church of Christ in Le Sueur at 4:00 p.m. Visitation will be from 3:00 to 4:00 p.m. at the church on Sunday.  Masks are encouraged.

Norma graduated from Le Sueur High School in 1956 and attended the University of Minnesota for several years while working at the Minneapolis Institute of Arts and teaching ballroom dancing. As President of the College Democrats, Norma was thrilled to work with legendary party leaders Hubert Humphrey and Walter Mondale.

She married Richard Nuessmeier on September 14, 1960 at Zion United Church of Christ and moved to Fort Bragg, NC where Richard was stationed as a Sergeant in the 82nd Airborne. After Richard honorably served his country, the couple returned to Le Sueur in 1961 where they raised 3 daughters on the family farm.

Norma was a homemaker when the girls were young and worked part time jobs at Green Giant and the Le Sueur News Herald. She later worked full time as a secretary at Pillsbury/Grand Met in Minneapolis and made lots of friends during the long bus commutes. When Norma was suddenly widowed after 29 years of marriage, she began working locally at the Le Sueur Public Library.

She was passionate about supporting her community. Most notably, Norma is recognized as the first woman in Minnesota to be elected as a township treasurer, a position she held in Sharon Township for 28 years. She served as an election judge for 31 years, delivered Meals on Wheels for over 20 years, and was an active member of the Anthony Wayne Chapter of the DAR for 52 years. Norma volunteered as a librarian at St. Anne’s School for over 20 years and enjoyed tutoring children in reading and math.

She was a voracious reader, expert crossword puzzler, enjoyed traveling, and never gave quarter while playing Scrabble or Monopoly.

Norma humbly helped others throughout her life and chose to donate her body to the University of Minnesota Medical School Anatomy Bequest Program. Her ashes will be honored in a private ceremony.

Norma was preceded in death by her parents, husband Richard Nuessmeier, and son-in-law David Bach.