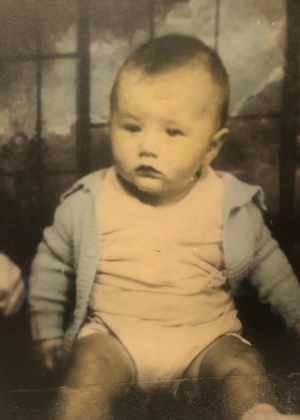 Richard M. McCormick, age 77 of Green Isle, died at his home on Thursday, April 21, 2022.  Memorial Mass will be on Saturday, April 30, 2022, 11:00 a.m. at St. Brendan’s Catholic Church in Green Isle.  A time for family and friends to gather will take place between 9:30am and Mass time at the church on Saturday, April 30.  Burial will be in St. Brendan’s Catholic Cemetery following Mass.

Richard “Dick” was born on December 17, 1944 in St. Peter, MN to Edward and Alice (Doheny) McCormick.  He attended Jessenland Township country schools and Henderson High School.  He served in the United States Army after leaving high school, serving in Germany.  He married Nancy Brazil on June 22, 1968 and the couple lived in the cities for a short time before moving to Belle Plaine in 1968.  They moved to Green Isle in 1973.  Dick worked construction, building homes and bridges and also did some farming with his dad.  Dick enjoyed his time at home and working in the garage and took special pride in his job of cleaning St. Brendan’s Church for many years.   Dick was extremely proud of his Irish heritage, known as the family storyteller, and had an unmatched sense of humor.  He will be greatly missed by all that knew him.

He is preceded in death by his parents; son, Shane in 2016; grandson, J.R. Holmquist and brothers, Neil and Dave McCormick.