Share a memory
Obituary & Services
Tribute Wall
Read more about the life story of Ronald and share your memory.

Ronald Warren Church, age 67 of Le Sueur, MN, went to his heavenly home on Tuesday, November 15, 2022, at United Hospital in St. Paul, MN, after many years of challenges with his health.  Visitation will be on Friday, November 18, 2022, from 5:00-7:00 pm, at the Kolden Funeral Home in Le Sueur. His Celebration of Everlasting Life will be on Saturday, November 19, 2022, 11:00 am at Word of Life Brethren Lutheran Church in Le Sueur, with lunch to follow in the church fellowship hall.

Ron was born on February 11, 1955, to Donald & Vera (Adams) Church in Rapid City, SD.  He graduated from Stevens High School in Rapid City in 1973.  After high school he attended Dana College in Blair, NE, South Dakota State University in Brookings, SD and Grace College of the Bible in Omaha, NE. He ultimately started and ended his college journey at South Dakota State University, where he obtained a B.A in Outdoor Recreation in 1980.  In 1985 he attended Bethel Seminary in St. Paul, MN for one year, working on Ministry of Divinity.

He met the love of his life, Carol Butts (of Rapid City, SD) while working at Palmer Gulch Lodge in the Black Hills, SD. They were married on May 5, 1977, at South Maple Methodist Church in Rapid City, SD. While at SDSU Ron became a father with the birth of his daughter, Cherice, in 1979. In 1982 the family moved to River Falls, WI where his son, Dustin was born in 1983. He worked in Student Services at UWRF as Assistant Director of the Student Center until 1985.  He then began a 30+ year career working in the Thermo Plastic Injection Molding industry which eventually brought his family to Le Sueur, MN in 1990. During his extensive career he worked as a production supervisor, pricing agent but excelled as a quality control manager, eventually retiring in 2016.

Ron had a lifelong passion for sports. In his youth he had great talent  as a pitcher in the American Legion baseball program and entertained becoming a professional player but was pre-empted by a shoulder injury. In addition to playing on church leagues, he also spent many years coaching youth teams. He was a diehard fan of the Vikings, the Twins, and was often found on a Sunday afternoon ‘watching’ games with his eyes closed, while snoozing in his recliner. Ron was also an avid outdoorsman who enjoyed hunting, fishing, and back-packing.

Ron’s Christian faith was an essential part of his life. He spent a great deal of time studying God’s Word and ministering to others. He had a particular passion for teaching children through adults. He carried his faith on his sleeve and never passed up an opportunity to minister to those in need.

He was welcomed to heaven by numerous friends and family, including his parents Don & Vera Church (of Rapid City, SD) and an infant nephew, Matthew Church. 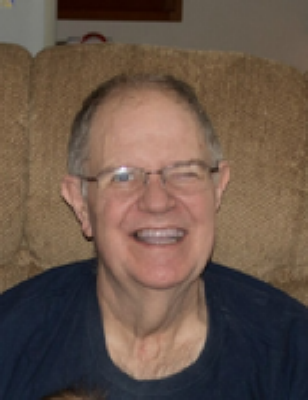